Born Elizabeth Shaila Koshy, Liza Koshy, is an  American actress, comedian, television host, and YouTuber. She started her career in 2013, on Vine, before launching a YouTube channel.

The actress played a role in a horror-comedy film titled Boo! A Madea Halloween in 2016 and starred in a Netflix comedy Work It (2020). She also hosted Nickelodeon’s game show Double Dare, after she earned an Emmy nomination.

Koshy stands at an average height measurement of 5 feet and 1 inch , an equivalent of 1.55 meters tall. 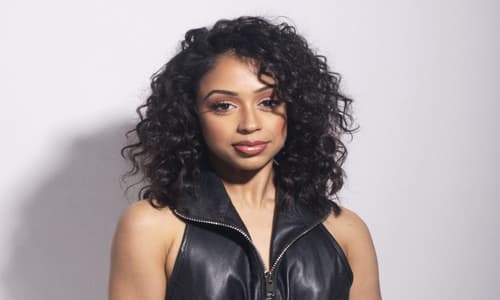 The talented actress, Koshy is born to an Indian father, named Jose Koshy. Her father, Jose, is a petroleum executive. Liza is born to a mother named Jean Carol. Her mother, Jean Carol, is a yoga instructor. The actress has two older sisters/siblings; Olivia Koshy and Rahel Koshy.

The Youtube star, Koshy, was in a relationship with David Dobrik, a Youtuber personality. The two, however, broke up in June 2018.  Liza has not disclosed her current (2021) relationship status. We, therefore, do not have information on whether she is single or has a boyfriend.

Koshy studied at Lamar High School. Upon her high school graduation, in 2014 she joined the University of Houston where she studied business marketing. In 2015, liza left college, moving to Los Angeles to pursue her career.

Some of the movies that Koshy has had roles in include:

The television shows which the actress has appeared in include:

Koshy has accumulated her worth through her career as an actress, YouTuber,  comedian, and television show host. Her estimated net worth ranges from $1 million to $3 million.

Moreover, Koshy is a Youtube star. She has over 17.7 million subscribers on her Youtube channel. She starred on the Youtube comedy series Liza On Demand (2018-). Some of her videos have gone viral.